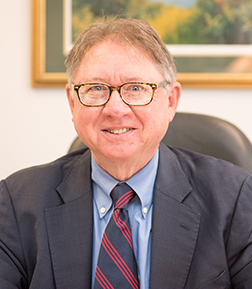 As a practicing attorney for more than 40 years, Attorney William S. Friedlander’spractice has been primarily devoted to personal injury law and wrongful death.  Bill has been named to the Top 100 Best

Trial Lawyers by the National Trial Lawyers Association. Bill has also been annually elected as a “Super Lawyer” for the past five years.

Bill’s personal injury and litigation practice has grown to include representing those injured in school violence, and the families who have lost a loved one due to school violence.  Bill is the New York attorney in a high-profile case involving the son of a client who allegedly died in a fraternity hazing incident at Cornell University (see the accompanying video).   He is also representing the families and victims of other hazing cases at Baruch College, SUNY Geneseo, and other universities and colleges.  Bill is also a co-founder of the School Safety Violence and Misconduct Litigation Group which represents victims of violence on schools and University campuses.

Bill currently serves as Chair of the Trial Lawyer Section of the New York State Bar Association He is a charter member of the American Association for Justice President’s Club, and has served as past Chair of the Small Firm Solo Practitioner and Family Law sections of the American Association for Justice. He has also Chaired the Firearms and Ammunition Litigation Group and the School Violence Litigation Group.

Bill is a co-founder of the Northern Tier Gas and Exploration Counsel, a litigation group formed to help landowners in the Marcellus Shale area to hold gas exploration companies liable for water contamination.

He also serves on the Board of Directors of the New York Nursing Home Litigation Group, which he helped form in 2005. He has published many articles in national legal magazines and has lectured throughout the United States on numerous legal topics.  He recently appeared at the New Jersey Trial Lawyers Boardwalk seminar Top 10 Lawyers of America program.

I am a client of Bill Friedlander and have been completely satisfied with his work. His personality and dedication makes for a perfect combination with his outstanding legal ability. . I can’t say anything that I did not like about him or his office. I am being as objective as possible when I say I could not be more pleased with the whole case. In the opinion of me and my family, ……I would strongly recommend Friedlander & Friedlander.